American-Russian summits: the cold of the cold war for a good alchemy 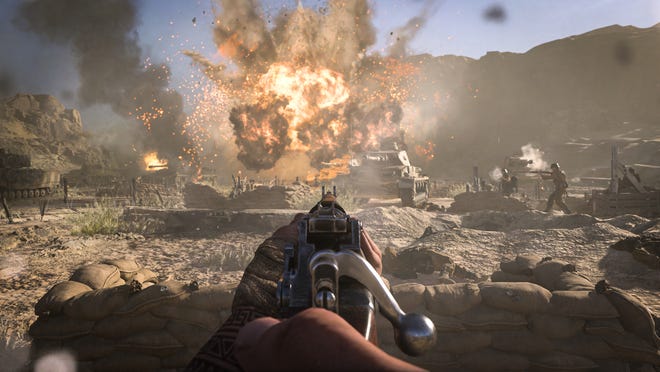 PARIS: While US President Joe Biden and his Russian counterpart Vladimir Putin are due to meet for their first summit on Wednesday, back to previous historic meetings between the two nuclear powers:
Dwight Eisenhower and Nikita Khrushchev met at Camp David in September during a Soviet leader’s first visit to the United States.
Khrushchev came with his family and took the opportunity to tour the country, exploring the cornfields of Iowa as well as Hollywood, where he delivered one of his legendary rants to an audience including Marilyn Monroe and Elizabeth Taylor.
The summit concluded with a statement that the two superpowers are working on talks on disarmament and on the status of Berlin that the Cold War had divided.
The handsome White House debutant, John F. Kennedy, encountered Nikita Khrushchev’s shriveled experience in June 1961 under the Baroque frescoes of the former imperial palace of Schönbrunn, the Versailles of Vienna.
The summit would prove to be an icy cold-war-era encounter, made colder by the failure of the American Bay of Pigs invasion of Cuba that occurred shortly before. Berlin was high on the agenda, but two months later the wall dividing the city would be built.
A year later, the Cuban Missile Crisis erupted, bringing the world to the brink of nuclear war.
The Vietnam War cast a shadow over the Moscow summit in May which brought together Richard Nixon and Leonid Brezhnev. A few days before his trip, the American president had ordered massive bombings of Hanoi.
But the summit would prove essential to inaugurate the period of detente between the two superpowers as they signed the SALT and ABM arms control treaties.
In a joint statement, they said peaceful coexistence is the only basis for mutual relations in the nuclear age.
The two have met twice again while in power, underlining the thaw of ties. But relations later cooled with the Soviet invasion of Afghanistan in 1979.
In four years, Ronald Reagan and Mikhail Gorbachev have had four summits.
Their first meeting was in Switzerland in 1985 where Reagan, still berating the “evil empire” and preparing to set up a space defense system, suggested that Gorbachev take a walk “to get some air” at the edge of Lake Geneva.
When they returned, we spoke of “chemistry”. Reagan found Gorbachev “very comfortable, very easy-going,” his wife Nancy later recalled, a factor who, with their mutual appreciation, enabled them to reverse the arms race.
A year after Geneva, the two superpowers met again in Reykjavik, the Icelandic capital, to discuss the elimination of their nuclear arsenals.
But the talks failed because Washington refused to roll back the development of its “Star Wars” missile defense project, deemed unacceptable by the Kremlin.
Yet the summit has since been seen as a harbinger of significant de-escalation and a turning point in the Cold War.
This led to a treaty in 1987 under which the two powers would phase out their short and medium range nuclear missiles. Thousands of these guns were scrapped in what was the rivals’ first major gun reduction.
Boris Yeltsin was greeted as a “friend” by his American host George Bush during his first visit to the United States since the collapse of the USSR.
The two have strived to forge a close personal relationship as the basis of economic cooperation between their countries but also to continue to reduce their nuclear arsenals.
The summit marked Yeltsin’s entry onto the world stage and the first UN Security Council meeting devoted to the post-Cold War era.
Bill Clinton and Boris Yeltsin held eight summits during their terms, which overlapped for most of the 1990s.
Their peaks included one in Hyde Park, New York in 1995 where at times the two men, who have had numerous disagreements over the years, seemed to get along like old friends.
The summit had not brought any decisive agreement, but a remark by Yeltsin at a press conference lightened the mood and made Clinton burst into uncontrollable laughter.
“What you wrote is that today’s meeting with President Bill Clinton was going to be a disaster,” Yeltsin told reporters.
“Well, now for the first time I can tell you you’re a disaster.”
Clinton spent several moments trying to pull himself together while wrapping a friendly arm around Yeltsin. The Russian, for his part, had the serene smile of a comic who had just brought down the house.